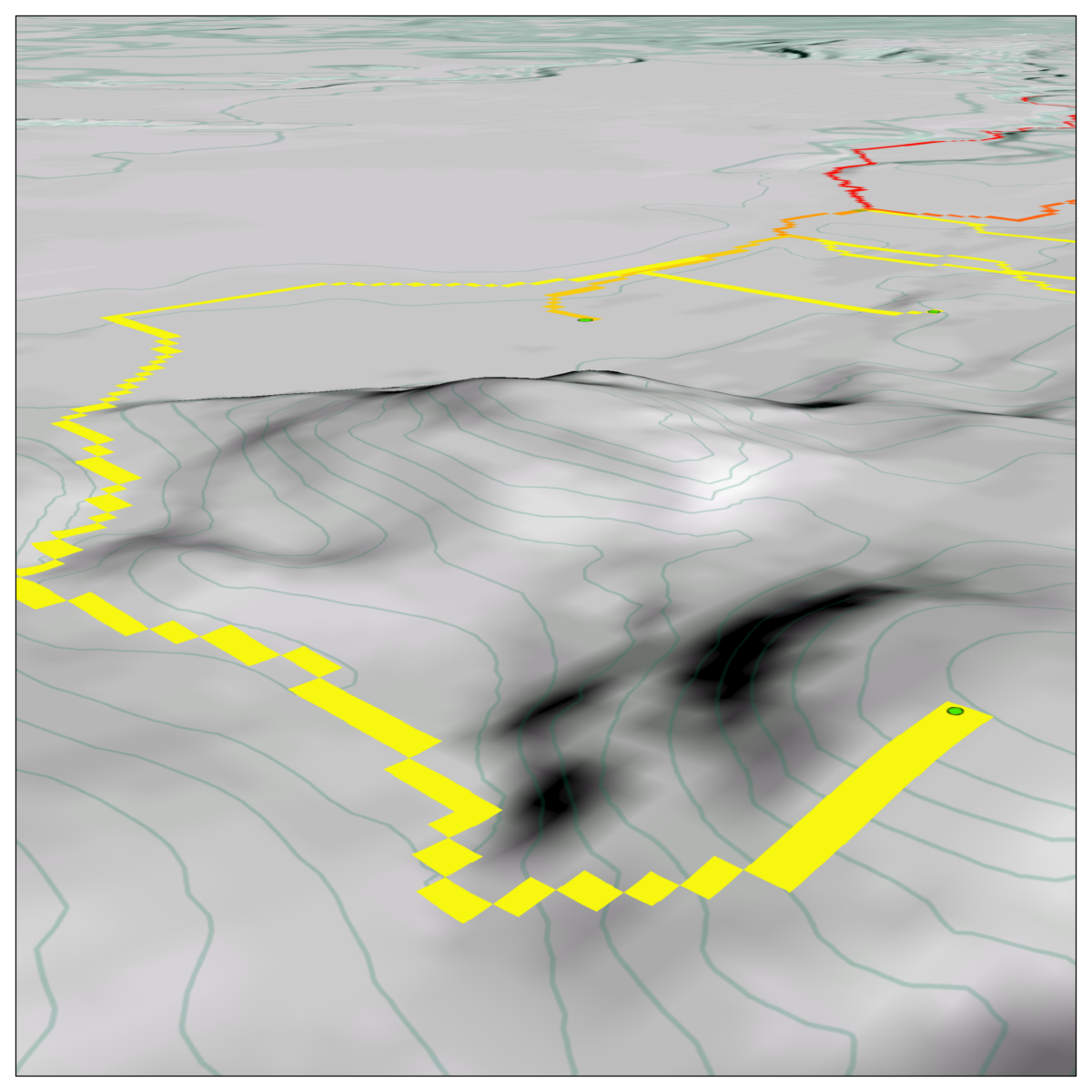 This three-dimensional scene was rendered with ArcGIS Pro. The contour lines are at 5-foot elevation intervals. The dumpster is located between Smith and Burleson Hall at the top of the hill. This scene was created to illustrate the terrain of this area. The landscape of the study area is mostly flat except for the most northern part