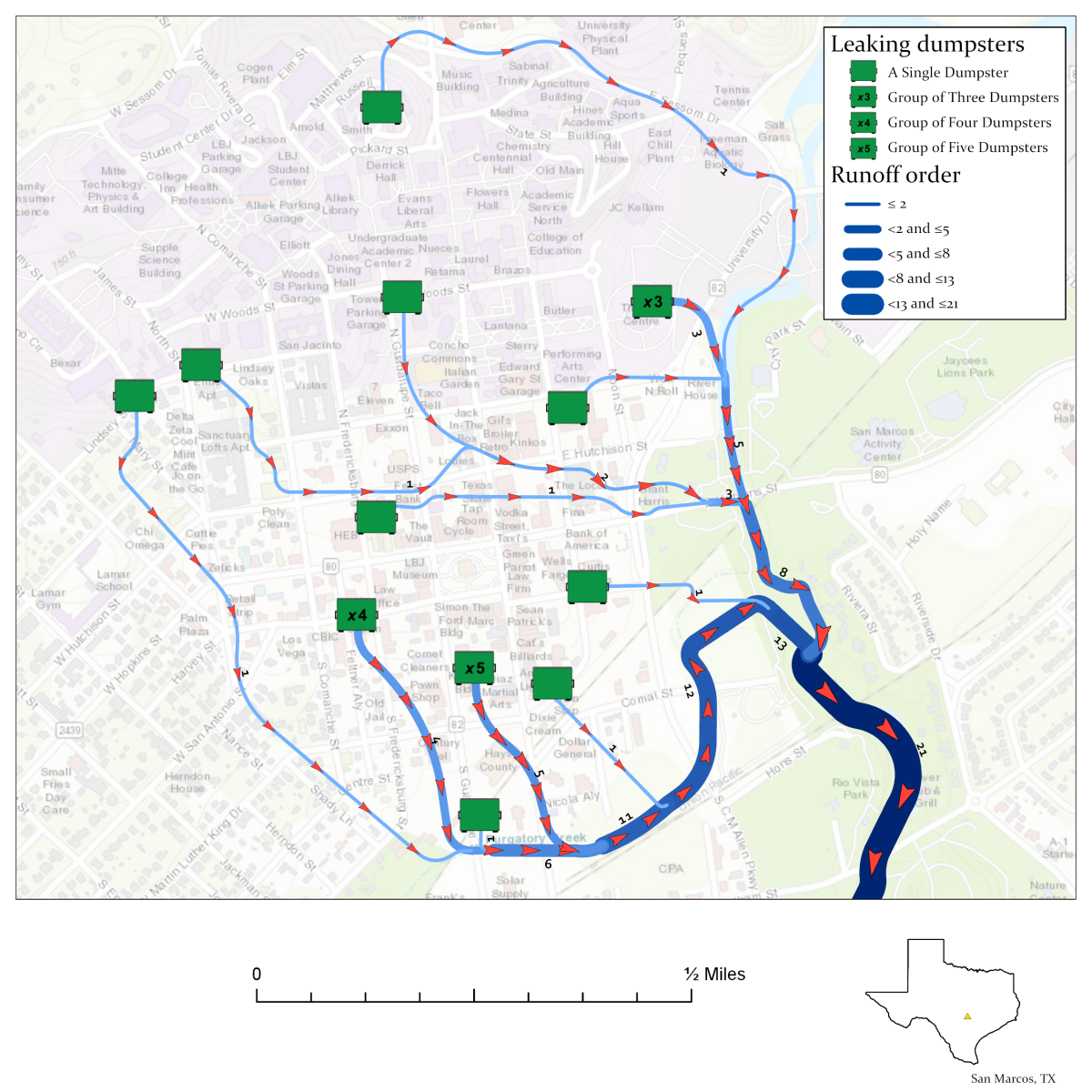 This is the final product of the Dumpster Project. It was created with a custom Python program that traces the downhill flow of runoff from multiple points of origin. The final flow lines were turned to vectors by hand in ArcGIS Pro. The graduated symbol and color used for the flow lines are intended to illustrate the cumulative effects that individual sources of pollution can have on the environment.